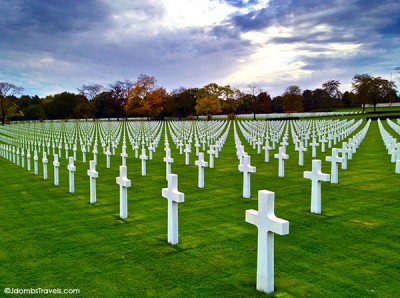 Those who survived World War II are known to be quite reluctant to talk about their experiences. When Tom Brokaw wrote his best seller, The Greatest Generation, one of his challenges was to convince those who fought in that war to share their stories. For some, the memories were too painful. For others, there was the belief that anybody who did not serve can never really understand the hell of war. This reluctance to talk about their experience is not reserved for only those who fought. Those who lost loved ones also find it difficult to speak of their experience. For them, it is, and always will be, feelings that are best left unspoken.

My mother, who is now 93 years old, lost a brother and a husband in the war. The Uncle I never knew, William Flickner, parachuted from a B24, after it was hit by anti-aircraft fire. He was captured by the Germans and executed a day later. Mom’s first husband, Park Ashbrook, was killed during the Battle of the Bulge. As kids, we knew that Uncle Bill and Park died in the war, but Mom never told us much about them. When we asked her, she would only say that both were brave and gave their lives so that we could keep the freedoms that we enjoy. The onset of dementia, however, opened the floodgates of her emotions. One day, without any prompting, Mom started to talk about Park and Bill. For well over an hour, without interruption, she shared about how they lived and died. At last, the well of her pent up emotion ran dry. She paused and then said, “When I die, please don’t forget Park and Bill. They died for you.” I was stunned. I always knew that Park and Bill died for their country and for our freedom, but I never personalized it. That day I realized they died for ME!

Not too long after Mom’s disclosure, I was appointed pastor of a small church in Newport. Each year in early September, several new faces appeared in the pews. Their ramrod straight posture and restricted hair-length blew their cover. I could tell just by looking at them that they were officers attending the Navy War College. They were proud to be in the service, but like those who served in World War II, they generally were reluctant to call attention to themselves. I was very impressed by the depth of their faith in God as well as the strength of their character.

I came to know many of them well. One thing that surprised me was their ardent desire for peace. They reminded me, more than once, that anybody who thought war was a good idea had never experienced it. Most were quite clear that nobody wanted peace more than a soldier; after all they were the ones who would put their lives on the firing line. Most of them had fought in Iraq or Afghanistan. Many of them had lost a comrade or two. They spoke of the pain, a pain that would remain stuck in their souls forever. Those courageous officers, like Mom, personalized war for me. Never again will Iraq and Afghanistan be tiny blips on my personal radar screen.

Memorial Day is a day that I thank God for my Mom’s first love, for the Uncle I never knew and for some fine men and women who are still serving our country, some of whom are in harm’s way on this Memorial Day weekend. May God keep them safe and bring them home soon to their loved ones. It is also a day that I honor my Mom and all those who have lost a husband or wife, a brother or sister, an aunt or an uncle or a friend. I pray that God will give them some peace of mind by assuring them that their loved ones rest in their Creator’s arms. May they always know that those lives were not given in vain. Because of them, as President Lincoln said in Gettysburg, “this nation, under God, shall have a new birth of freedom—and that government of the people, by the people, for the people, shall not perish from the earth.”

One thought on “THEY DIED FOR ME”