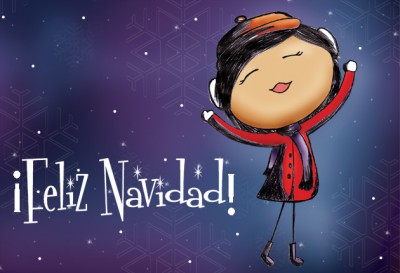 Posted on December 13, 2015 Life and Spirituality

Has anybody felt like canceling Christmas this year? I was ready to the pull the plug on it. Of course, I am required to go through the motions. A Christmas church supper, a children’s pageant and three Christmas Eve services are all part of my job description. I planned to go through the season with an outward enthusiasm that masked an inner disillusionment. How can we even think about “peace on earth and good will to all,” when unmitigated evil is running rampant in our world? My mind was fixated on a grief-stricken woman and her six kids in San Bernardino. The senseless and horrific act of terror that took the life of a good husband and father as well its impact on so many other lives made me feel as if it would be sinful to sing, “Joy to the world!” If the Prince of Peace “is come”, then the Prince of Darkness clearly is slapping him down. As my mother-in-law often says, however, “Just do it, then it will be done.” Just get Christmas done, Pastor John, then it will be done.

Leave it to some kids to snap me out of my Christmas funk. Not just a few kids, but over a hundred kids who put on quite a show last night at the Riverview School on Cape Cod.

Riverview School is amazing. It provides an incredible education for severely challenged kids with disabilities. It also creates a loving and joyful home for those kids, many of whom have been repeatedly bullied by their peers in the “outside” world. The goal is to educate and teach them living skills that will enable them, not just to survive, but to thrive upon their graduation.

Last night, joy was epidemic at Riverview School. It was as if you could pick it out of the air, put it in your pocket and carry it with you. The music director started the concert by asking the student body, “Whose house is this?” In unison, they shouted back, “Our house!” Then, the dancing and singing began. Every dance and song was performed with an enthusiasm that I have rarely witnessed on any stage. The student body encouraged every act with cheers, clapping and some even danced in their seats. The kids were really into it, but all of this did not prepare me for the finale.

After a number of small singing and dance groups graced the stage, the director stopped the show and told the audience that it would take about five minutes for the 96 members of Riverview School’s “Deja View” Chorus to make their way onto a very small stage. The kids entered stage left in small groups. Some of them walked to their spot on stage laughing, clapping and dancing. Others moved slowly into place, due to their disabilities, and then waited patiently for the music to begin. The kids called out to one young woman, who was clearly frightened to go on stage, and encouraged her to join them. With such support, she summoned up the courage to take her seat and, eventually, she began to sing. That alone did me in, but the “Deja View” Chorus was just getting started!

The kids and the band played and sang their hearts out. With laughter and smiles, waves to the audience, clapping and dancing, love flowed like a “never ending stream.”

Love is not limited by words.

It is transmitted heart-to-heart.

Over ninety-six kids gave us their hearts last night and love found “room in the inn” at Riverview School.

When the concert ended with students and alumni singing “Feliz Navidad,” my wish was that the whole world had a seat in that auditorium. Their singing was a wake-up call that peace, good will, love, hope and joy still live within the realm of the possible.

These words were written about a birth that took place several thousand years ago: “The light has come into the world and darkness cannot overcome it.”

2 thoughts on “An Early Christmas”