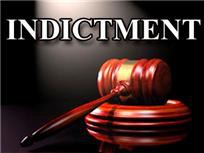 Posted on March 2, 2015 Life and Spirituality

We meet some very interesting people as we move along our way. For me, none was more interesting than Lew Platt. I first met Lew at the home of his father in New Hartford, New York. Lew had flown in from the “left” coast to visit his Dad who was dying of cancer. A few weeks later, Lew called and asked me to visit his Dad again, I immediately went to see him and continued to do so on a regular basis.

One day when I arrived, Lew answered the door. His Dad was sleeping so we sat down in the living room and talked. I asked him what he did for a living. I was surprised when he disclosed that he was Chairman of the Board and CEO of Hewlett Packard, one of the largest corporations in the world. We talked at length about the challenges of our professions. As I left, we agreed to keep in touch.

A few weeks later, Lew’s Dad died. We held his funeral at my church. Lew spoke eloquently and lovingly about his father and made the point that “all the money in the world” could not buy the love that he received from his Dad. It was very touching. After the funeral was over, we parted company agreeing, once again, to keep in touch.

About a year later, I took a new job running a workforce development program in Upstate New York. I was asked to serve on a committee that was planning an economic development conference for our community. We needed a keynote speaker. I suggested Lew. Nobody believed that I could get the head of Hewlett Packard to come and speak, but one phone call later, Lew readily agreed to come! Everybody was really excited, including me. I looked forward to renewing our friendship

Lew did a great job as our speaker. After he finished, however, a cranky guy stood up and complained, “I am a stockholder. Can you tell me why you spend so damn much money on R&D? I think you should return some of that money to the shareholders.” Lew’s answer was brief and to the point, “We spend money on R&D so that we don’t fall behind technologically. If we miss the technology curve, we will be out of business in less than a year.”

There are two ways to go bankrupt in a hurry. One, as Lew Platt suggested, is to miss the technology curve. The other is to forget who you are and why you exist. It saddens me to report that most religion is failing on both counts. Many religions are withering away because they have missed the technology curve. They are out of touch with real life and in danger of becoming obsolete. The only headlines that many religions generate today are negative ones: headlines that highlight a nasty judgmental streak and, even worse, headlines that tell of beheadings and violence in the name of God. Too many religions also cling to a fatal flaw that essentially renders them pointless. They have lost their heart. To believe in the Divine is fundamentally a matter of the heart. Religion must never be reduced to a bunch of heartless, judgmental rules and regulations. As it was said to me long ago, “You can’t go wrong, if you lead with your heart.”

As to my own Christian religion, I believe our founder would be appalled at what we have become. He would indict us on the charge of 1st degree heartlessness. What Jesus taught can be reduced to a trinity of ideas rooted in the heart. First, we should love God and love one another. Second, a religion neither has exclusive access to God, nor does God pick one person over another or love one person more than another. There is equality in the Divine love. Sam Davis wrote: “We are chosen. Now and always, whoever we are, whatever we are like and wherever we go. We are not chosen instead of someone else or in front of someone else…and not chosen because we are better or stronger or wiser. We are simply CHOSEN, period.” Third, true religion requires us to be deeply disturbed by human need. We must never keep our hearts to ourselves. Our hearts are designed to be given away.