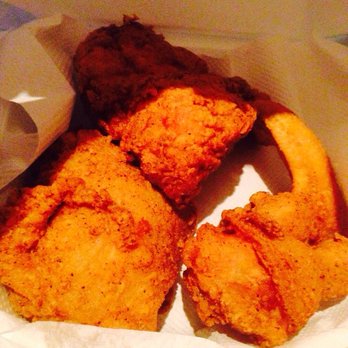 Posted on January 30, 2016 Life and Spirituality

Roosevelt was sitting at the bar at the Hitching Post Restaurant in Washington D.C., while I waited for our “take out” of southern fried chicken, Cole slaw, collard greens, mashed potatoes and chocolate cake. Forget counting calories, the chocolate cake alone freaks out my daily calorie quota on MyFitnessPal. Nevertheless, I will haunt the Hitching Post as frequently as I can. It is fun, on occasion, to sin boldly. Roosevelt, however, looked as if his “on occasion” was a daily occurrence, but as Pope Francis said, “Who am I to judge?”

As we both sinned boldly, Roosevelt and I connected on matters irrelevant to our waistlines. Roosevelt works for a federal worker’s union. This led to a discussion about the roll of labor unions in the 21st century. We immediately found common ground. Unions are needed to ensure that workers receive living wages and much needed benefits. Sometimes, however, the playing field is not level. Unions and management must come to the bargaining table as “equals.” If the game is “rigged” by government or rife with conflict of interest, neither the worker nor the employer is well served.

Having solved the “union” issue, Roosevelt told me that, for many years, he had been employed as a corrections officer. This disclosure, coupled with his “Black Lives Matter” XXXL T-shirt, led to an intense discussion about policing in America. The years that I served on the Providence Police Commission taught me that to work as a police officer is extremely challenging. Walking a beat or making a traffic stop is a dangerous proposition. A cop never knows what lurks around the corner or lies in wait in a pulled over car. Roosevelt and I agreed that most police departments are made up of conscientious, well-trained officers, who represent their departments and communities with integrity. We also felt strongly that a police department should not be “broad-brushed” as evil or incompetent on account of the actions of a few rogue cops. This does not mean, however, that closer scrutiny, better training and corrective action when things go wrong are not necessary. Whether in Ferguson, Baltimore, Chicago, New York, Washington D.C. or any other city or town in America, police departments must be held accountable for their actions.

He paused for a moment and said, “Not really.”

“Because I don’t like to be told what to wear.”

A longer pause, then he added, “I’m Black, but my Jesus tells me, “All lives matter!”

What a magnanimous thing to say, especially from a man who belongs to a race that far too often is treated as if their lives don’t matter.

“Roosevelt, if you run for President, I’ll run for Vice President. I’ll see you the next time I am at the Hitching Post. Because our lives DO matter to each other, however, maybe we ought to eat a little less fried chicken and share only one piece of chocolate cake.”